Established by Law No. 205/1985, further amended by Law no. 172/90, and Law no. 286/2003, COMITES are representative bodies for Italian communities elected directly by Italians living abroad. They operate at each consular district where at least 3,000 Italian residents, so at the diplomatic mission in the country if there are not consular offices. The elected members, who must have Italian citizenship, are 12 for the Community up to 100,000 compatriots and 24 for those with more than 100,000 compatriots. They are accompanied by the co-opted members, chosen directly by elected members from a list of candidates presented by the Italian Associations; they must be foreign citizens of Italian origin, permanently residing in the consular district, and cannot exceed the size of a third of members of the Committee elected to the European countries and two-thirds for those outside Europe. All members of COMITES remain in office for five years and may be reelected for only two terms.

Firstly, COMITES, in collaboration with the authorities and consular bodies, associations and committees operating within the area, promotes suitable initiatives on matters pertaining to the social and cultural life, social welfare and education, vocational training, recreation, the sports and leisure of the Italian community in the district. It also expresses opinions, proposals and suggestions on the initiatives that the consular authority undertakes in favor of the community.

COMITES carries out advisory functions to make mandatory and reasoned opinions on requests for contributions made by Italian welfare associations operating in the consular district. COMITES must constantly cooperate with the consular authorities in protecting the rights and interests of citizens emigrated, in compliance with the rules laid down by the local and international law and community. The Committee is also required to report to the consular authority any breaches of the Conventions and international standards related to Italian workers. 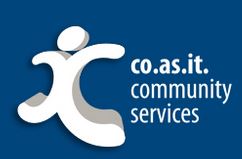 Coasit’s mission is to encourage people of CALD (Culturally and Linguistically Diverse) background to participate equally in Australian community life by providing culturally and linguistically appropriate community services. To promote and extend the knowledge and learning of the Italian language and culture to the wider Australian society.

Further to the agreements between Italy and Australia in relation to cultural promotion and exchange, please note the following cultural events available for partnerships in 2013/2014.

Donations can be made to